Atticus Finch is my hero. To Kill A Mockingbird is my all-time favorite book. Like many before and after me, it was one of the rites of passage of high school English. And like some, it was because of that book that I knew I wanted to be an English teacher. The casting of the Academy-award winning film is probably the best book-to-screen adaptation that I have ever seen. Gregory Peck IS Atticus Finch. He (Finch/Peck) is the consummate father, citizen, and lawyer the literary and film world has ever known…

…I can never be Atticus Finch–I don’t think anyone can. But maybe I can channel his presence through my persona, my alter ego: Dadicus Grinch. I want to be the kind of man he was, yet I find I am a bundle of contradictions: a friendly curmudgeon, an open-minded critic, a pessimistic optimist, an angry peacemaker… I have the best intentions, but I will always have my demons. Here’s a chance to put some of them to rest.  –excerpted from my first blog post,                         August 18, 2012

So, here we are, on the literary cusp of a sad day for Finch fans. I’ve spent the last week reading reviews, interviews, and the first chapter of Go Set a Watchman, Harper Lee’s prequel/postquel to TKAM. And like the rest of the world, I was saddened and dismayed to learn that Atticus Finch advocated segregation. The headlines screamed: Atticus Finch was a bigot. “No!” I cried. “Not Atticus!”

Yet, after having some time to reflect, I must admit, I am a bit relieved. Atticus Finch is a literary hero, but he has turned into a paragon, a demigod. Decade after decade, he remained the ultimate father and citizen. And therein lies the problem. He was PERFECT. He lacked any flaws. Sure, one could admire him, and aspire to be like him, but, in the end, his persona was unattainable–even for Atticus himself. This does not sit well with the world: We like our heroes without flaw, beyond reproach. We seem to forget that heroes are human, and, therefore, fallible.

I am disheartened to learn that Atticus was not whole in his support for African Americans, but I am even more dismayed by society’s need to bring this book to the fore. The elusive and reclusive Harper Lee spent the better part of her life shielding it from public view. For more than half a century, Ms. Lee was content to let To Kill A Mockingbird remain her solitary novel. Speculation has even arisen as to Lee’s current mental and physical state. Thus, for me, the question remains: Was this really her intent? Why would a very private, humble woman finally agree to publish a work that will reshape her entire legacy?

Lee’s perplexing decision reminds me of the mockingbird referenced in her classic.

“Atticus said to Jem one day, ‘I’d rather you shoot at tin cans in the back yard, but I know you’ll go after birds. Shoot all the blue jays you want, if you can hit ’em, but remember it’s a sin to kill a mockingbird.’

That was the only time I ever heard Atticus say it was a sin to do something, and I asked Miss Maudie about it.

I can’t help but think of Harper Lee’s voice as the mockingbird in question. For most of her adult life, her solitary novel served to

create music for generations of readers to enjoy. By breathing life into a young Scout and her father, Miss Lee sang her heart out for us.

Yet, we live in a world of insatiable appetites, one where greed trumps integrity, and our desire to know everything denies one’s request for privacy. In so doing, we have killed the mockingbird Lee tried to protect for over 50 years.

Sure, there is a chance that Lee knows exactly what she is doing. That by bringing Watchman to light, she is finally giving a complete, well-rounded perspective of the character. As many of you know, he was modeled after her father. Perhaps Lee wanted to pin down the wings that we have given St. Atticus, and make him more believable, fully developed–a truer reflection of a noble, but flawed, Southern white man of his time.

Now, you may be wondering if I plan on reading the book. I do. Yet, I will do so with a heavier heart. I am already mourning the loss of the man I have thought of often as I parent; the man I aspired to be. Truth is, like many, my sense of indulgence will get the better of me. Unfortunately, I am a product of my environment. I am human.

It turns out Atticus was, too. 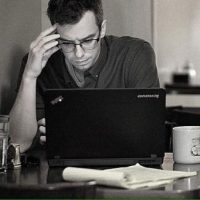